skip to main | skip to sidebar

In the 1970s Julian Jaynes, a distinguished Princeton psychologist, wrote an influential book with a cumbersome title: The Origin of Consciousness in the Breakdown of the Bicameral Mind. Jaynes defines the bicameral mind as a two-part mind, or brain, that functions as a single unit — as distinct from a brain with two hemispheres operating separately but joined by a bridge. Attributing the conscious mind to the left hemisphere and the unconscious to the right, he suggests that in a bicameral mind there is no division between conscious and unconscious. He argues that in the early days of settled civilizations, around the third millennium BCE, the human brain was still bicameral. This is why in the records from that era Sumerian and Babylonian documents and even Homer's telling of the Trojan War — we find kings and prophets hearing "the voices of the gods" in the form of auditory hallucinations. The gods thus intervened into human history, commenting on and dictating policy on whether to go to war, build fortifications, store up food, and so on. Something resembling modern consciousness was enabled, Jaynes says, only when this early, bicameral stage of the human mind "broke down" into two tenuously linked but separate spheres of mentality.

By 1900, science was convinced that it had nearly reached the end of the Quest for Reality. As a matter of fact, physicists were leaving the field, for as one put it, there was nothing left to do but calculate the next decimal point—every phenomenon in the physical universe had been neatly described in the strictly deterministic terms of cause and effect. In one sense, it was still the old Judaeo-Christian world of a political assembly of finite chunks and bits of matter governed by absolute (i.e., measurable) law—the only item missing was the Monarch Himself, who was looked upon by most scientists as the Great Watchmaker—that Big Mechanic who initially wound the universe up and then, struck by an unexpected case of laziness, sat back to watch it unwind. Yet scientists were now convinced that they had, through objective measurement and verification, discovered the universal and absolute laws of the Monarch. Every phenomenon in nature could be reduced to small lumps of matter and these in turn were rigidly defined by Newtonian mechanics.

There were, however, two major phenomena that utterly eluded explanation by classical mechanics. One was the photoelectric effect; the other is now referred to with a chuckle as the ultraviolet catastrophe. It was indeed a catastrophe, for it marked the first crack in the "rigid frame" of scientific dualism.

The problem concerned the radiation of energy from certain thermal bodies, and the experimental facts in no way correlated with the existing physical theories. To this puzzle came the brilliance of Max Planck, and in a daring and radical leap of genius, he proposed that energy is not continuous, as had been assumed, but that it comes in discrete packets or quanta, and with this the "rigid frame" cracked wide open. Albert Einstein took Planck's theory and successfully applied it to the photoelectric effect (the second major phenomenon that had not submitted to classical physics), while Neils Bohr applied it to sub-atomic physics. Louis de Broglie, using these insights, showed that matter as well as energy produced waves, and this led Erwin Schroedinger to formulate the monumental quantum mechanics. And all of this in the brief span of hardly a generation.

All of these formidable insights culminated in an inescapable yet devastating conclusion, formulated as the Heisenberg Uncertainty Principle, whose implications were (and still are) enormous. Recall that science had been proceeding on the dualism of subject vs. object, of observer vs. event, with Reality allegedly being that which could be objectively measured and verified. This dualistic investigation eventually extended into the world of sub-atomic physics, and scientists naturally wanted to pinpoint and measure the "particles", such as electrons, comprising the atom, for these were supposedly the realities of realities, the ultimate and irreducible things composing all of nature.

Exactly here was the problem. To measure anything requires some sort of tool or instrument, yet the electron weighs so little that any conceivable device, even one as "light" as a photon, would cause the electron to change position in the very act of trying to measure it! This was not a technical problem but, so to speak, a problem sewn into the very fabric of the universe. These physicists had reached the annihilating edge, and the assumption that had brought them there, the assumption that the observer was separate from the event, the assumption that one could dualistically tinker with the universe without affecting it, was found untenable. In some mysterious fashion, the subject and the object were intimately united, and the myriad of theories that had assumed otherwise were now in shambles. As the physicist Eddington exclaimed:

Something unknown is doing we don't know what—that is what our theory amounts to. It does not sound a particularly illuminating theory. I have read something like it elsewhere—

.. . The slithy toves Did gyre and gimble in the wabe.

And Haldane muttered that "the universe is not only queerer than we suppose, it is queerer than we can suppose." This inability to totally pinpoint the "ultimate realities" of the universe was mathematically stated as the Heisenberg Uncertainty Principle, and it marked the end of the classical and purely dualistic approach to reality. Declared Whitehead:

The progress of science has now reached a turning point. The stable foundations of physics have broken up.... The old foundations of scientific thought are becoming unintelligible. Time, space, matter, material, ether, electricity, mechanism, organism, configuration, structure, pattern, function, all require reinterpretation. What is the sense of talking about a mechanical explanation when you do not know what you mean by mechanics?

Louis de Broglie, who had himself played a prominent role in the "quantum revolution", expressed its profoundly cataclysmic nature by noting that "on the day when quanta, surreptitiously, were introduced the vast and grandiose edifice of classical physics found itself shaken to its very foundations. In the history of the intellectual world there have been few upheavals comparable to this." The quantum revolution was so cataclysmic because it attacked not one or two conclusions of classical physics but its very cornerstone, the foundation upon which the whole edifice was erected, and that was the subject-object dualism. That which was Real was supposed to be that which could be objectively observed and measured, yet these "ultimate realities" could not themselves be totally observed or measured under any circumstances, and that is, to say the least, a sloppy form of Reality. Every time you try to measure these ultimate realities they move—it was almost like calling an apple absolute truth and then trying to bob for it. As Sullivan put it, "We cannot observe the course of nature without disturbing it," or Andrade, "Observation means interference with what we are observing .. . observation disturbs reality." It was abundantly clear to these physicists that objective measurement and verification could no longer be the mark of absolute reality, because the measured object could never be completely separated from the measuring subject—the measured and the measurer, the verified and the verifier, at this level, are one and the same. The subject cannot tinker with the object, because subject and object are ultimately one and the same thing.

Now at about the same time that the "rigid frame" of scientific dualism was collapsing in physics, a young mathematician named Kurt Godel (then only 25 years old) was authoring what is surely the most incredible treatise of its kind. In essence, it is a type of logical analogue to the physical Heisenberg Uncertainty Principle. Known today as the "Incompleteness Theorem," it embodies a rigorous mathematical demonstration that every encompassing system of logic must have at least one premise that cannot be proven or verified without contradicting itself. Thus, "it is impossible to establish the logical consistency of any complex deductive system except by assuming principles of reasoning whose own internal consistency is as open to question as that of the system itself." Thus logically as well as physically, "objective" verification is not a mark of reality (expect in consensual pretense). If all is to be verified, how do you verify the verifier, since he is surely part of the all?

In other words, when the universe is severed into a subject vs. an object, into one state which sees vs. one state which is seen, something always gets left out. In this condition, the universe "will always partially elude itself." No observing system can observe itself observing. The seer cannot see itself seeing. Every eye has a blind spot. And it is for precisely this reason that at the basis of all such dualistic attempts we find only: Uncertainty, Incompleteness!

At the bottom of the physical world, an Uncertainty Principle; at the bottom of the mental world, an Incompleteness Theorem—the same gap, the same universe eluding itself, the same "something-gets-left-outness." When science had started with the dualism between subject and object, it had started badly, and by the first decades of the 20th century, it had run its course to that annihilating edge. 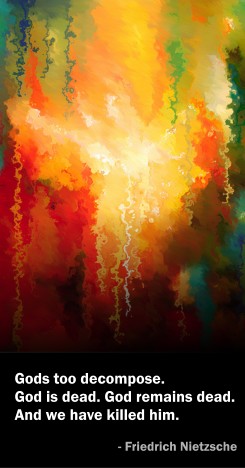 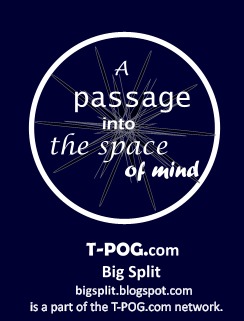 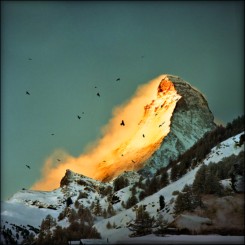